Meet on the Fox Studios backlot on May 14th for an in-depth analysis and discussion of the screenplay HEREDITARY.

Logline: Ancestral spirits haunt a family after the death of their secretive and private matriarch.

The Screenwriter: ARI ASTER received his MFA in Directing from the AFI Conservatory. His controversial 2011 incest-themed AFI short, The Strange Thing About the Johnsons, went viral last year, spawning dozens of polarized “reaction” videos on YouTube. Hereditary, which The Hollywood Reporter called “two breathless hours of escalating terror that never slackens for a minute,” is his feature film debut as writer and director.

Festivals and Release Date: Premiered in the Midnight section of this year’s Sundance Film Festival on January 21, followed by a command performance last month at South by Southwest on March 11. Opens wide June 8 (A24). 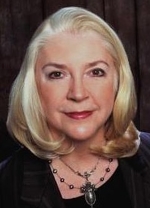 PAMELA JAYE SMITH will provide in-depth analysis and lead our discussion. A mythologist and award-winning producer/director with over thirty years experience in features, TV, music videos, and more, Pamela is the author of five books, including The Power of the Dark Side: Creating Great Villains and Inner Drives: How to Write and Create Characters Using the Eight Classic Centers of Motivation. Her company, MYTHWORKS, offers consulting and coaching and, through her Pitch Proxy service, pitches writers’ projects at pitch festivals they cannot attend. Visit pamelajayesmith.com for more information.

Join us March 9th for: