Meet on the lot at Fox Studios on December 10th for an in-depth analysis and discussion of the screenplay BEN IS BACK.

19-year-old Ben Burns (Lucas Hedges) unexpectedly returns home to his family’s suburban home on Christmas Eve morning. Ben’s mother, Holly (Julia Roberts), is relieved and welcoming but wary of her son staying clean. Over a turbulent 24 hours, new truths are revealed, and a mother’s undying love for her son is tested as she does everything in her power to keep him safe. Ben Is Back also stars Courtney B. Vance (The People v. O.J. Simpson: American Crime Story) and Kathryn Newton (Lady Bird).

Registration in advance is required to attend the discussion, and includes a copy of the script mailed to you in advance as well as sandwiches, snacks, and beverages at the meeting. Click the Register Now button for instructions.

Peter Hedges is a novelist, playwright, screenwriter, film director, and film producer. He is best known for adapting his novel What’s Eating Gilbert Grape (1993) into a screenplay which became a critically-acclaimed film. In 2002, he received an Academy Award nomination for Best Adapted Screenplay for About a Boy. In the same year, he wrote and directed Pieces of April, which was nominated for Best Screenplay at the Film Independent Spirit Awards.

Production companies included Black Bear Pictures, Color Force, and 30WEST. In July 2018, LD Entertainment, Roadside Attractions, and Lionsgate acquired distribution rights. The film had its world premiere at the 2018 Toronto International Film Festival where it was nominated for their Peoples’ Choice Award. A limited release is set for December 7, 2018.

On Rotten Tomatoes, the film holds a Want To See rating of 92%. The site’s critical consensus reads: “Refreshingly understated, Ben Is Back subverts family drama stereotypes – and provides a forum for terrific performances from Lucas Hedges and Julia Roberts.”

A special guest moderator will provide in-depth script analysis and lead our discussion.

UPDATE: DMA provided in-depth analysis and led our discussion. A veteran entertainment industry showrunner, executive and consultant, DMA (Donna Michelle Anderson) guides traditional and digital networks through branding, launching and scaling their content and companies. Over the past 20 years, she has helmed top-rated programming for CBS, Bravo, BET, A&E, TLC and more, created groundbreaking, patented production software, and championed diversity throughout the industry, including founding the Hollywood Diversity Network. She is a graduate, with distinction, of Stanford University and is an active member of the Academy of Television Arts & Sciences, the Producers Guild of America and American Mensa.

Join us June 8th for: 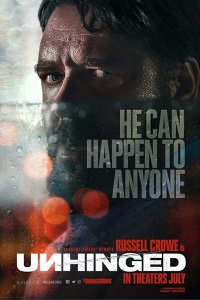