Meet on the lot at Fox Studios on November 12th for an in-depth analysis and discussion of the screenplay DESTROYER.

Destroyer follows the moral and existential odyssey of LAPD detective Erin Bell who, as a young cop, was placed undercover with a gang in the California desert with tragic results. When the leader of that gang re-emerges many years later, she must work her way back through the remaining members and into her own history with them to finally reckon with the demons that destroyed her past.

Registration in advance is required to attend the discussion, and includes a copy of the script mailed to you in advance as well as sandwiches, snacks, and beverages at the meeting. Click the Register Now button for instructions. 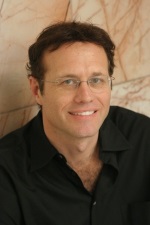 JEFF KITCHEN will provide in-depth script analysis and lead our discussion. Jeff Kitchen has been a screenwriting teacher and consultant for over twenty years. He has taught development for executives from all the major Hollywood studios and they have consistently said that Jeff teaches the most advanced development tools in the film industry. One of his students was recently nominated for Best Picture and Best Adapted Screenplay Oscars for the movie Hidden Figures. His book, Writing a Great Movie: Key Tools for Successful Screenwriting, is available at amazon.com. Visit Jeff’s website BuildYourScript.com.

Destroyer had its world premiere at the 2018 Telluride Film Festival on August 31 and was selected for the Toronto International Film Festival‘s Platform Programme, a juried competition that champions risk-taking, high artistic merit, and bold directorial visions.

The film is slated for a Christmas Day release in the U.S. by Annapurna.

Using Digital & Social Media to Advance Your Projects and Your Career!

Meet on the Fox Studios backlot on May 22nd for a StoryBoard Special Event!
MASTER CLASS:
The Business Side of Screenwriting
– What Every Writer Should Know –
with Steve Kaire
Monday, May 22, 2017 7:30-10:00 PM

This professional seminar will cover:

The entertainment business is part entertainment and mostly business. Writers think their only job is to create the material and let someone else take care of business and legal matters.

“Of the eight projects
I sold or optioned,
I negotiated seven of those deals
myself without representation.”

At the very least, you should have a basic understanding of how the business works.

STEVE KAIRE has sold eight projects to major studios without representation and is currently co-producing Sherlock’s Secretary for Walden Media. A screenwriter for over 30 years, he holds a master’s degree in Dramatic Writing and has taught writing classes at the American Film Institute.

If you think your script is ready to sell to Hollywood, you can’t afford to miss this special StoryBoard session.

Log in to PayPal, click “Pay or send money,” enter StoryBoardDG@gmail.com and the correct amount, then click on “Write a note” and BE SURE TO INCLUDE ALL OF THE FOLLOWING: your name (exactly as it appears on your driver’s license), your mobile phone number AND “Business of Screenwriting Master Class.”

Our next regular session is Monday, June 12, when we discuss the screenplay for Universal’s THE MUMMY reboot starring Tom Cruise. 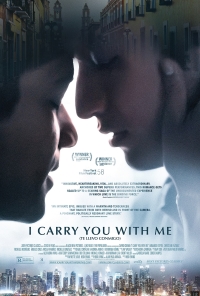