Meet on the lot at Fox Studios on February 10th for an in-depth analysis and discussion of the screenplay PARASITE.

LOGLINE: A family of con artists worms their way into employment for a wealthy family, but startling secrets keep them from enjoying their plush new surroundings when their bosses leave them alone for a weekend.

THE WRITERS: South Korean-born writer-director BONG JOON-HO garnered international acclaim with his second feature, Memories of Murder, based on the true story of his country’s first serial killer. He followed that up with The Host, a monster movie that became the highest-grossing South Korean film of all time. Joon-ho’s first English-language film, Snowpiercer, a post-climate change sci-fi action adventure, starred Chris Evans, Tilda Swinton, Jamie Bell, Octavia Spencer, John Hurt, and Ed Harris, and appeared on dozens of critics’ ten-best lists for 2014. Okja, his Netflix debut, premiered in competition at Cannes where it received a four-minute standing ovation. Parasite was co-written by Han Jin-won, based on Joon-ho’s original story; it is his only writing credit so far, but he previously worked as an AD on Joon-ho’s Okja.

Registration in advance is required to attend the discussion, and includes a copy of the script sent to you in advance as well as sandwiches, snacks, and beverages at the meeting. Click the Register Now button for instructions.

SPECIAL ASSIGNMENT: If you plan to attend this event, please watch the film Snowpiercer, also by Bong Joon-ho, if you have time (in addition to reading the Parasite script).

Parasite premiered at the 2019 Cannes Film Festival where it won the Palm d’Or by unanimous vote. South Korea’s official submission for the Best International Feature Film category of the Academy Awards, last week Parasite became the first film from South Korea to win the Golden Globe award for Best Foreign Film. In November, the film surpassed The Godfather as the most popular film of all time on social media site Letterboxd, and it was announced last week that Joon-ho and Adam McKay (The Big Short) are currently in talks to develop a limited series based on Parasite for HBO. This morning the film was nominated for six Academy Awards including Best Picture, Best Director, and Best Original Screenplay.

Still in current release, Parasite has grossed over $130 million worldwide so far and holds a 99% approval rating on Rotten Tomatoes (based on 349 professional critics’ reviews). Over 40 critics and publications have named it the best movie of 2019, including Christy Lemire, Justin Chang, Michael Phillips, Film Comment, and IndieWire (based on a 300+ Critics Survey). More than sixty others placed it in their top ten for the year, and more than a dozen put it in their top ten for the decade. It’s also nominated for four BAFTAs, a SAG, a Spirit, and a DGA award among its hundreds of other accolades, including Best Screenplay and Best Director nominations for the Golden Globes and a still-pending WGA nomination for Best Original Screenplay.

If you have not yet seen Parasite but plan to before our meeting, reading the script before watching the film is advised. Also, please watch Joon-ho’s Snowpiercer before the meeting if you can. It’s currently streaming on Netflix and can be rented online for just $1.99 at Redbox. 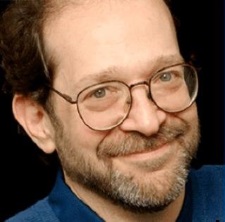 STEVE KAPLAN will provide in-depth analysis and lead our discussion. The industry’s most sought-after expert on comedy, Steve has taught at UCLA, NYU, Yale, and other top universities, and created the HBO Workspace and the HBO New Writers Program. As co-founder and Artistic Director of Manhattan Punch Line Theatre he developed writers such as Peter Tolan (Analyze This), David Crane (Friends), Tracy Poust (Ugly Betty), Kenneth Lonergan (Manchester by the Sea), and Mark O’Donnel (Hairspray). Steve teaches a number of different workshops all over the globe, including The Comedy Intensive, a 2-day workshop that covers the fundamental principles of comedy. Look for his books The Hidden Tools of Comedy and The Comic Hero’s Journey, learn more about Steve and his workshops at kaplancomedy.com, and follow him on Twitter at @skcomedy where you can tweet quick comedy questions at him with the #AskKaplan hashtag.

Join us August 9th for: